Cambodia World Family (‘CWF’) is a small Non Governmental Organisation based in Phnom Penh, the capital city of the Kingdom of Cambodia.

CWF was set-up by Dr. Daniel Sursott, an American GP assisting in the Thai border refugee camps, and was first Registered with the Cambodian Ministry of Health and the Ministry of the Interior in 1997. When later taken over by Dr. Kay Gentry, CWF became involved in various grass root projects including a mobile dental clinic treating orphans in the provinces of Cambodia.

It is only in 2005 that a permanent clinic was established in Phnom Penh to focus on vulnerable children and which trained graduates from the orphanages as administrators, nurses and therapists.

From 2006 and when Dr. Robert Ogle volunteered at the helm of the organisation, CWF restricted its activities to dental services  and CWF has grown from 500 patients a year to more than 12,000 in 2015.

We enter a new stage with Dr Jean Gainet taking over the International Directorship. He has been a long term volunteer at CWF and he has  strong ties to Cambodia. 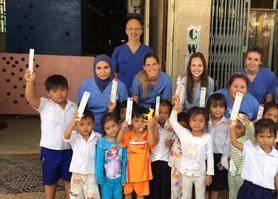 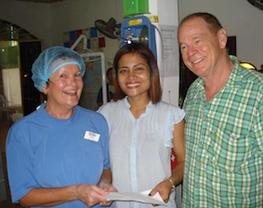 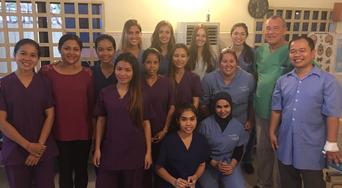 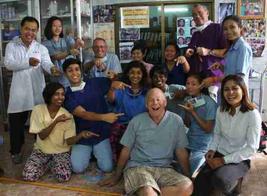 Dr Jean has volunteered at CWF over the past years, then helped establish the dental clinic at the Happy Chandara school.  He works in his busy practice in Paris.

Tom studied in Newcastle but had a vibrant practice in  London. Now retired, he keeps a close eye on the many goings on at CWF. During his frequent visits, he has been the main provider of dental education for the staff in training.

Born in Canada, educated in Spain and England and obtained degrees in Physiology and Dentistry in Montreal, Canada. He now lives in Tasmania, Australia after long stints as the personal dentist of the Sultan of Brunei and Dubai through the 90s. Recently, he has participated in the UN Peacekeeping Missions in the Solomon Islands and Timor Leste. He has worked in Australia for the Aboriginal Congress in Alice Springs and the Remote Area Health Corp in the Northern Territory.  He now works in Burnie, Tasmania.